The Danish version of this article has the subtitle kært navn har mange børn 'a beloved name has many children', which is a play on the Danish proverb kært barn har mange navne 'a beloved child receives many pet-names' and in its transferred sense 'there are many different words for topics of general interest'. 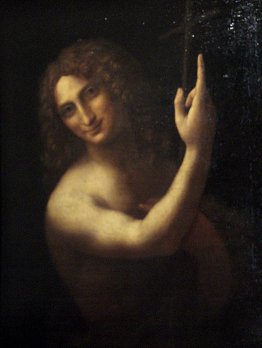 Nowadays we tend to be rather fussy about the way our are names are spelt but in earlier times people were often more casual about this. The spellings often varied – e.g. Jakob or Jacob, Ane or Anne – from one time to the next.

There could also be random variation between what we would now consider to be different names. A man who is referred to in the parish register and other official documents as Peder Nielsen, might be exclusively known as Per Nillen in everyday life. If we go back to the medieval period, it is even possible to trace how even the official records vary. Hans and Jens in texts written in Danish might both be entered as Johannes in Latin texts.

The masculine forename Johannes is probably the name that has given rise to the largest number of variants and short-forms in Denmark. It was originally introduced to the country together with Christianity and it is in particular two saints, the apostle John and perhaps especially John the Baptist, after whom many medieval Danish boys were named.

In fact, Johannes occupied first place on the popularity charts for boys' names throughout the whole of the medieval period, although many of these men and boys were normally called Jens or Jes by their contemporaries, and from the beginning of the fifteenth century, more and more frequently, Hans. Other Danish variants of the name are Jon, Jonas and Jesse and from our neighbours to the south in Germany we adopted the form Johan. In Germany and Holstein there was also the diminutive form Henneke 'little Hans' and this all adds to the confusion when historians want to identify famous men from other countries – for example Count Johann "the Mild" of Plön, who ruled over large parts of eastern Denmark in the 14th century.

In more recent times the wealth of variant forms of the name Johannes has grown, together with increased immigration and borrowings from other countries. It is thus not only in Denmark that we have found it convenient to construct our own variant versions of the name. From the Netherlands, Poland and the Czech republic we have Jan (and from this Jannik), from Hungary Janus, from France Jean (and from this Johnny). Danes and immigrants with various other European backgrounds can also belong to " the Johannes family" in disguises such as Jöns, Janken, Ivan, Yahya, Giovanni, Juan, João, Sean and Evan.

John the Baptist can thus be said to have baptized, or at least named, an incomparable number of boys even long after his own death. Partly in the basic form Johannes, partly in the numerous derivative variants. To this might be added all the related feminine forms, for example Johanne, Jensine, Hanne, Hansine, Janni, Jeanne, Jeanette and Joan. Strictly speaking all these forms might have derived from a rather peripheral female figure in the Bible, Johanna, who was one of the woman who witnessed that Christ had risen from the dead. It is more likely, however, to be her more well-known namesake, John the Baptist, and all his "baptized" boy-children that have inspired parents to give their daughters related forms of his name.

Illustration: John the Baptist as depicted by Leonardo da Vinci in 1513-16. There is no other person in the Christian world who has given his name in the course of time to so many boys. His beautiful long hair and delicate features may perhaps also explain why so many girls have been called after him ©Louvre, Paris.