Emma is a name that has been given to many small Danish girls in recent years. The popularity of the name in Denmark first became obvious in the middle of the 1990s and ever since then Emma has managed to stay among the top 5 on the list of the most popular forenames – most recently as number 2 in 2009 and number 4 in 2010. 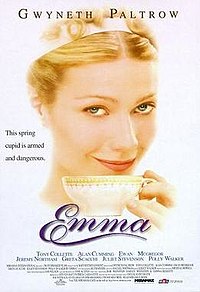 What is particularly interesting, however, is that it is not just in Denmark that the name has achieved great popularity. In fact the whole of the western world seems to have become aware that this is a beautiful, short name – to the extent that it is now one of the very most popular names.

A list compiled a couple of years ago showing the popularity of the name around the world revealed that Emma at that time was the most popular girls' name in Belgium, Canada, Denmark, Norway and the USA. At the same time it was number two on the popularity charts in Ireland, Holland, Sweden and Switzerland, as well as being high on the list in such lands as New Zealand, Australia, Italy, Germany, Hungary, Iceland and Spain.

Emma is thus a name that appeals to many different nationalities and that can be pronounced in many languages. All the young Emmas who have been born in Denmark (and those who will be born in the coming years) will thus be able to travel all round the world without having to explain or pronounce their forenames.

Originally Emma was an English and German short form of names with the first element Erm- (or Irmin-), which means 'great' or 'enormous'. The name does not have – as one might have thought – the same origin as Emilie. This is, in fact, a Latin name that means 'friendly'.

Emma has also been very popular in Denmark at an earlier period, namely around 1900, when many new-born girls were given short names like Asta, Ella and Ebba. This was the period when the authoress Emma Gad was living, she who wrote the Danish handbook of manners Takt og tone and died in 1921. The name Emma is also familiar from Jane Austen's novel Emma from 1815.

In England the name had remained moderately popular ever since it was introduced there by Emma, the daughter of Richard I, Duke of Normandy, who married first King Æthelred (the Unready) in 1002 and subsequently King Knut the Great. Incidentally, Austen's novel was filmed in the middle of the 1990s, at just about the time when the name Emma first became seriously popular in Denmark.

In addition, parents who were attracted to the name Emma may have been inspired by actresses such as Emma Thompson and Emma Watson or by the fact that in 2002 in the very popular American TV-soap opera Venner (Friends) a child was born and given the name Emma.